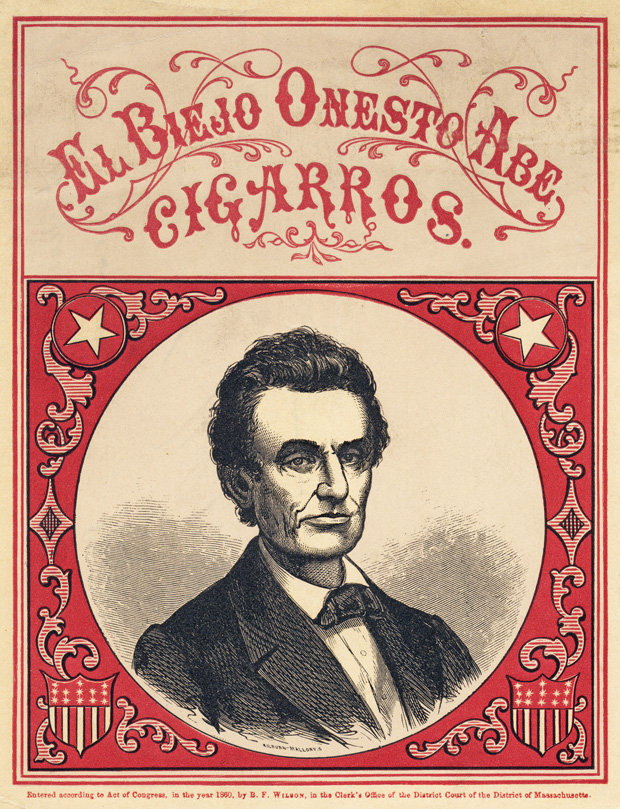 Times have certainly changed. Or have they?

In every election season, there are always many voices to hear and lots of vitriol to go around on all sides.

We don’t often see our presidential candidates campaigning for cigar companies, but the use of absolute statements, fear-mongering, and slander techniques are alive and well. One thing I notice that both sides of any election have in common – especially the far left and far right sides – is that they seem completely convinced that their person or party will heal all of our ills, and that the other side’s person or party will lead us to our ultimate destruction. I am confident that our “fate” is not in the hands of any person or party, and I choose not to ever put my faith in a human or human institution above God – Who I believe to be actually in control.

I am reminded of what St. Augustine wrote, which has been restated by many who have followed, including the Reformers, regarding our responsibility as Christians to be good citizens while remaining true to our biblical roots. In City of God, arguably one of the top 5 most important Christian writings of all time, Augustine addressed several issues facing both Christian and non-Christian citizens who lived in the crumbling Roman Empire.

Rome had, of course, been the greatest Empire the earth had ever known for several centuries. In Augustine’s day, however, Rome was being infiltrated by hostile foreigners from the outside while fracturing within. Augustine was the most influential voice on the Church’s behalf. He reminded the Christians of his day that their hopes would neither be fulfilled nor dashed by any human being(s). Their ultimate trust was to be in God, and God alone. Only He could deliver them from the darkness that seemed to be enveloping their culture and threatening their security.

This past Sunday (9/25/16), I shared with our church at South Tulsa my feelings about the upcoming election season. I did this in two pieces – a “sit down” talk with the congregation in both services on Sunday morning, and a written piece in our publication we call The Channel.

You can listen to the short audio version of my “Church Matters” talk below, followed by the text of my written piece.

Well here we are, in the most vociferous period of another presidential election season. This is not a topic I have looked forward to addressing in any fashion, but the time is upon us. Ignoring it will not make it go away.

As your pastor, I do not believe it is my responsibility, or my place, to influence your political opinions. Clearly our spiritual and moral beliefs should influence those opinions, but I choose not to play politics.

That being said, I cannot imagine a more polarizing election than we face right now, and so my prayer for all of us is that we will speak, act, and vote as people who represent Christ first and foremost.

As people who follow and serve the one true King, Jesus, we represent Him everywhere and in everything. We also represent South Tulsa Baptist Church. This is true when we are on social media, communicating online, texting, or in person.

So as your pastor, I want to ask a few things from all of us for the next two months as we represent Christ together:

-Let’s treat every person with proper respect, no matter his or her opinions. (1 Peter 2:17)

-Let’s not proliferate fear, but instead proclaim our complete trust in God who is fully in control. (1 John 4:18-19)

-Let’s pray for our leaders, pray for others, and pray for God’s wisdom in this election. (1 Timothy 2:1-4)

And let’s remember, above all, Who we represent. We represent Christ before and above any other person, party, or system.

Russell Moore, who has been a welcome voice of reason in our denomination, had this to say about leading our children during this tumultuous election season:

“Keep the gospel the gospel. Show your children what matters most to you, and that’s the kingship of Jesus that is not of this world…Make sure they see from you that you know that, while the gospel has social and political implications, politics is not the gospel.”

For more on Augustine and the Roman Empire, see my former article: https://ericcostanzo.me/2011/08/02/a-wake-up-call-to-the-greatest-nation-on-earth-from-augustine-of-hippo/